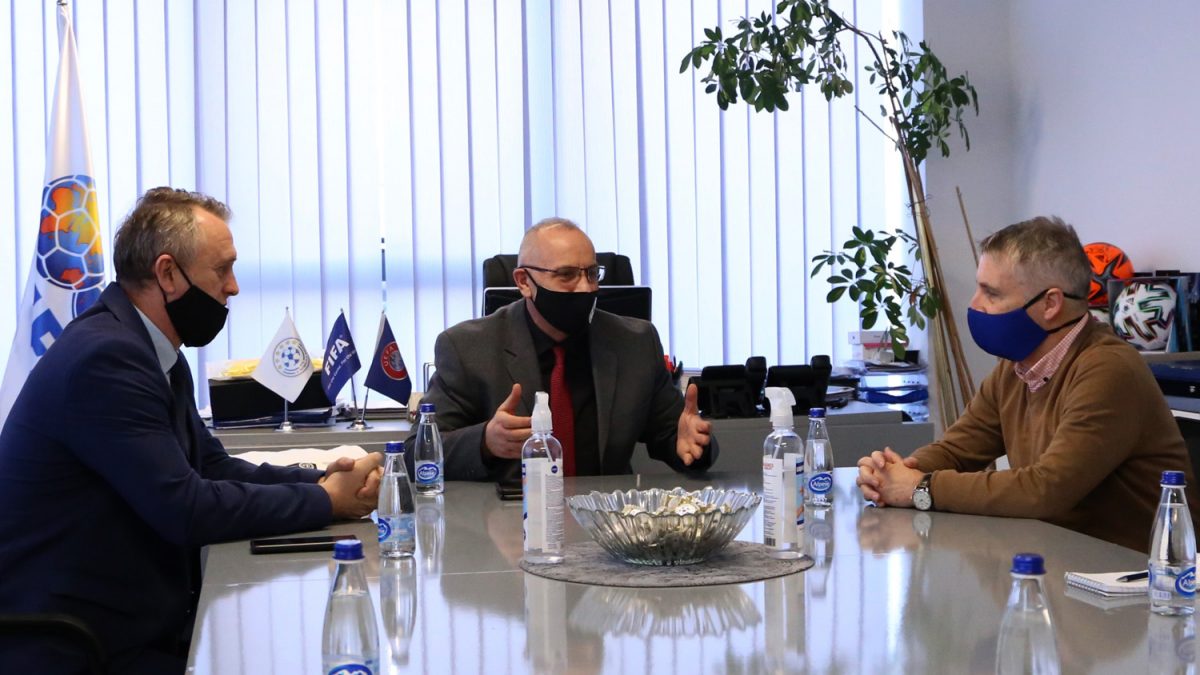 Ambassador Rohde expressed his readiness to continue the support to FFK while he expressed to be happy for its successes.

During this meeting, Ambassador Rohde was briefed on the possibility of extending the Memorandum of Understanding that was concluded by the football associations of both countries.

In addition, the German diplomat donated some sport equipment to FFK.

On the other hand, President Ademi thanked Ambassador Rohde for the readiness and support that the German state in general is providing continuously to Kosovo, and expressed his convenience that joint projects with the DFB will continue in the future as well.

In the end, President Ademi honoured the German Ambassador with a Kosovo’s National Team flannel and a present. 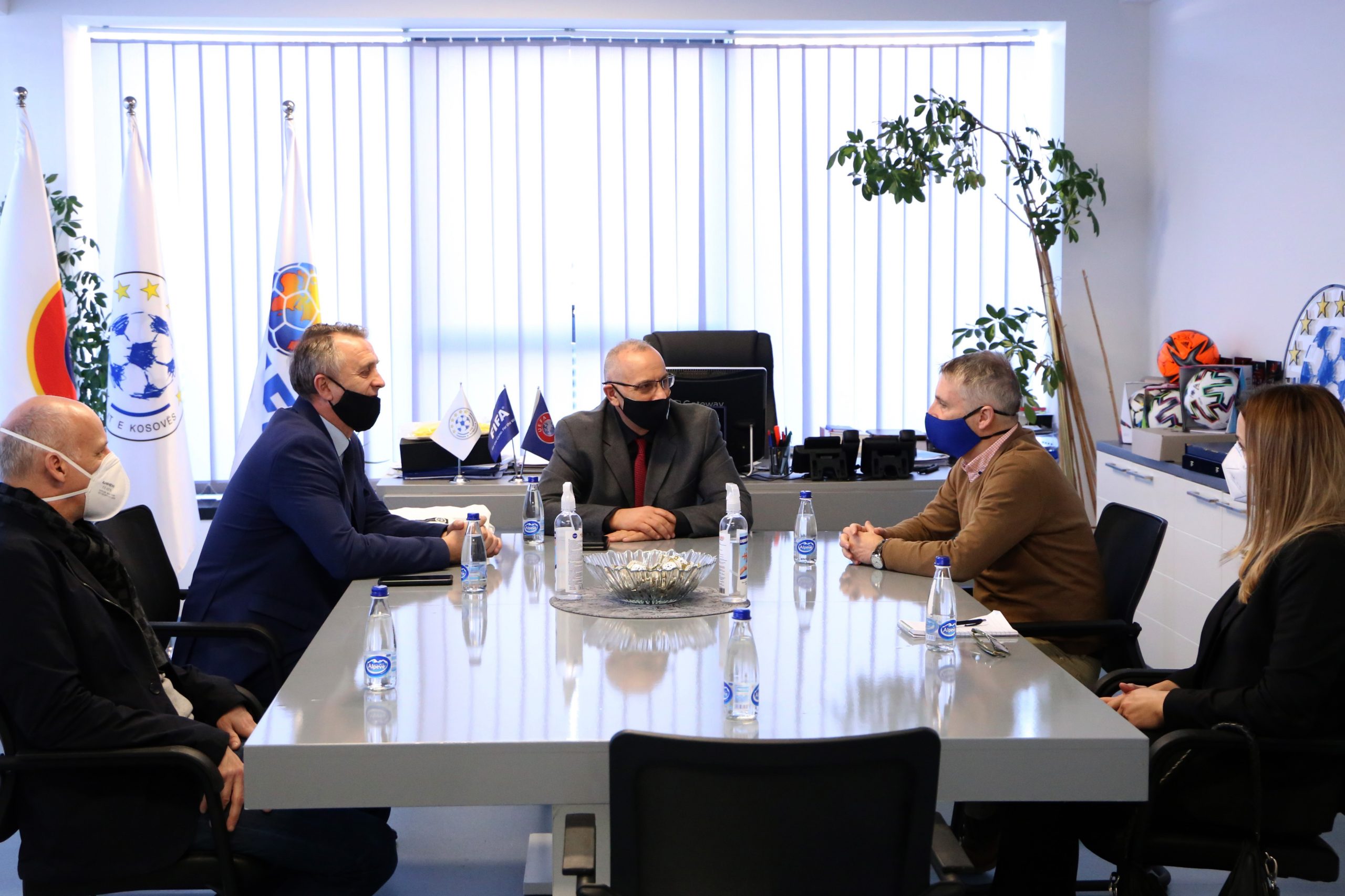 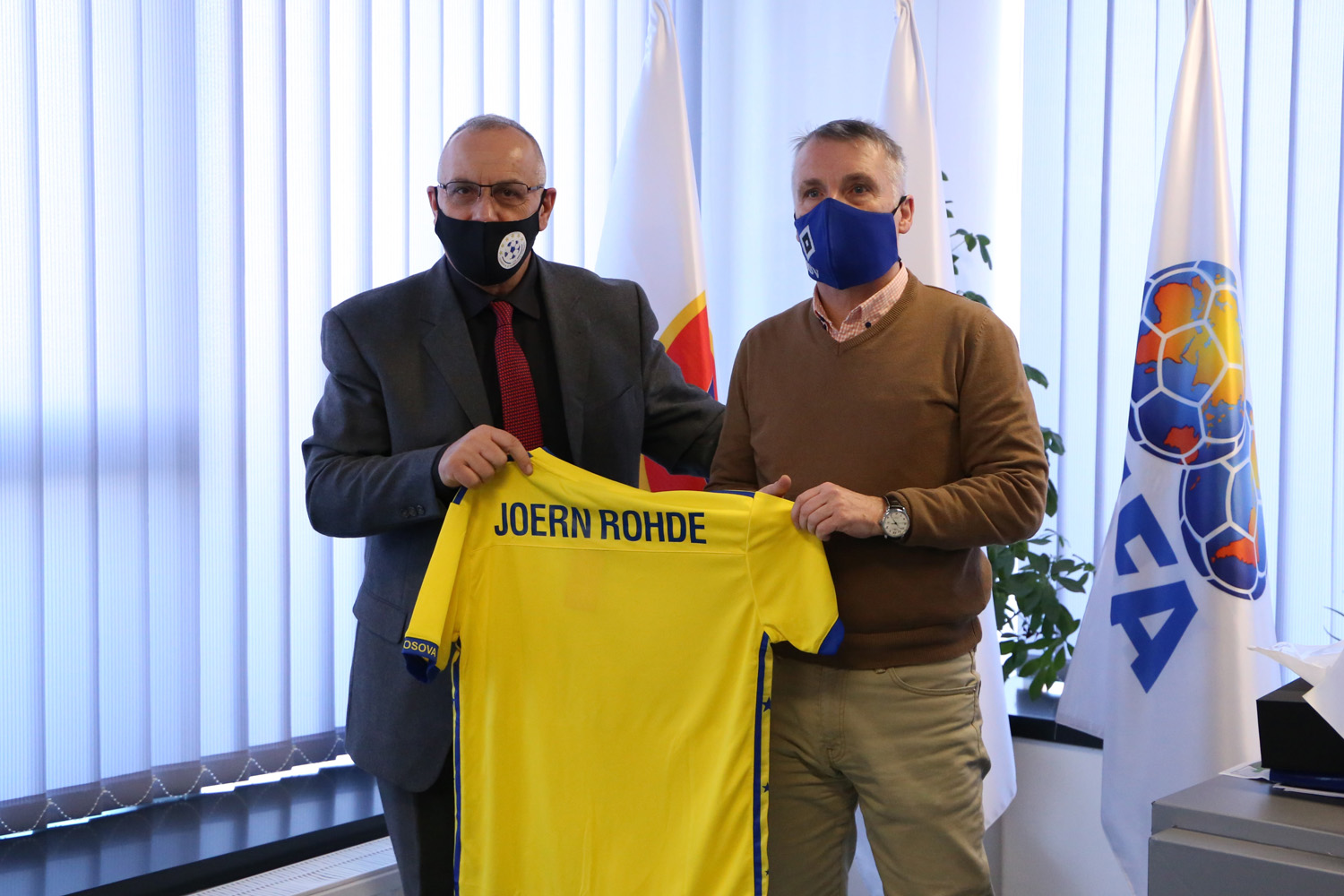 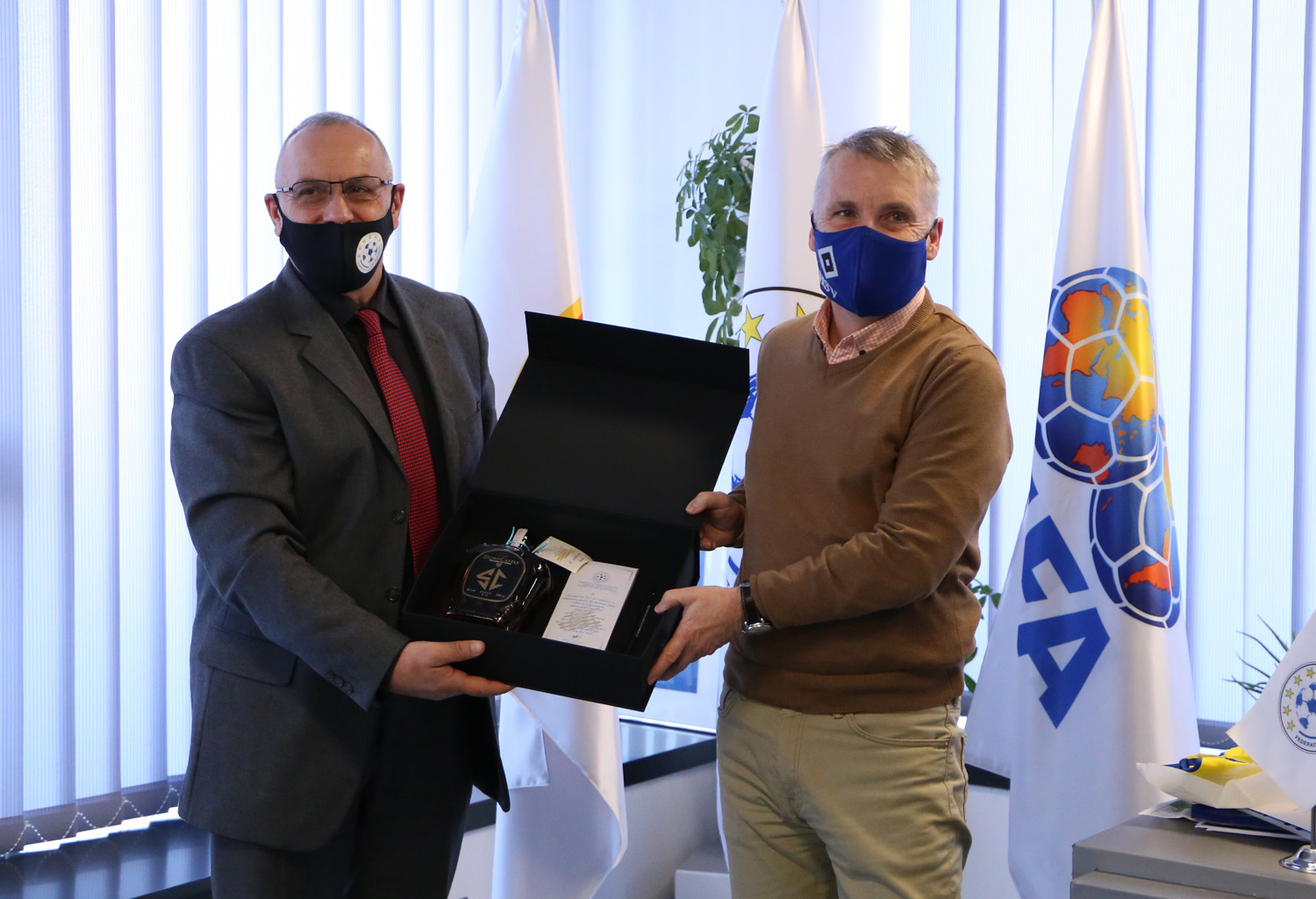 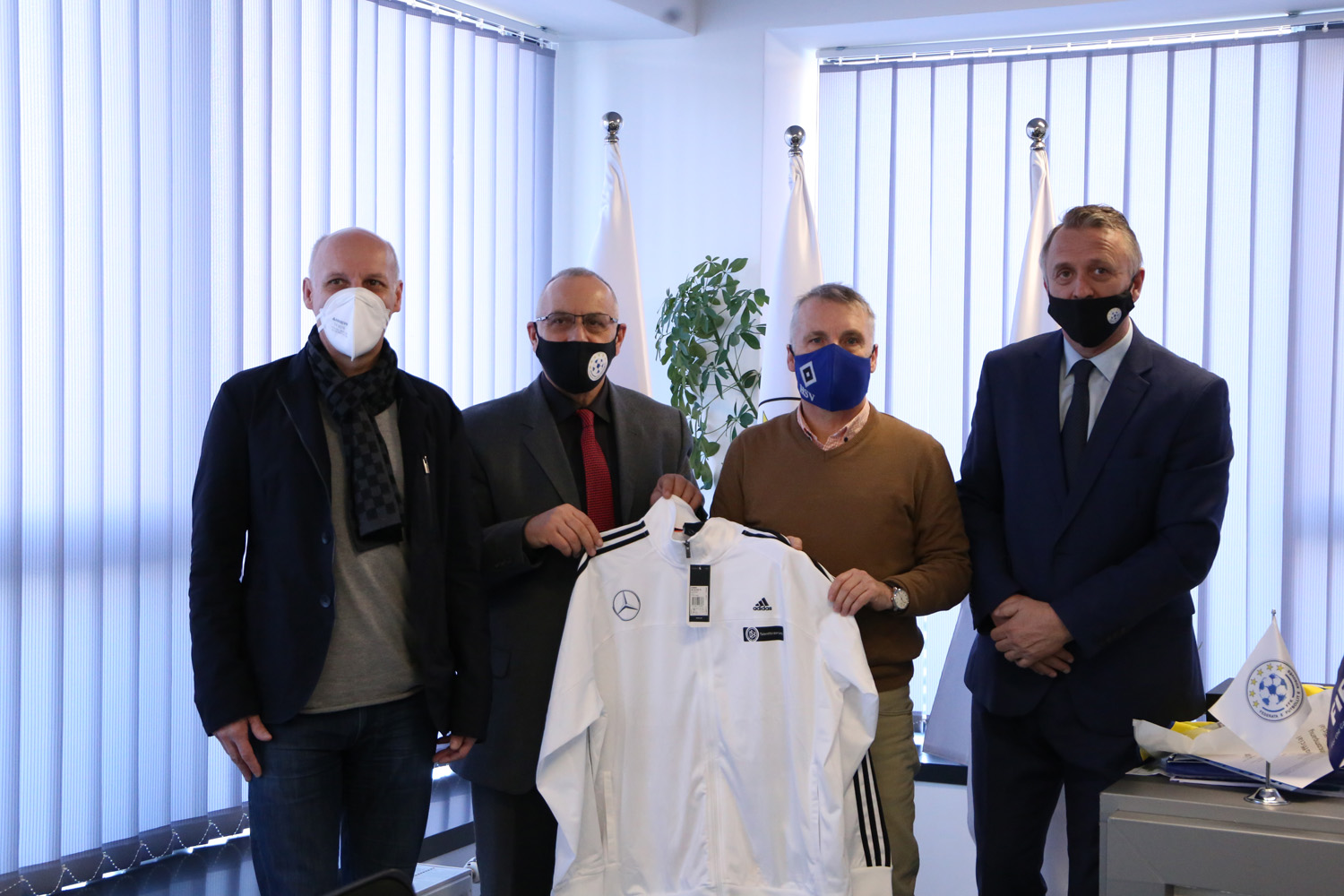