A brief history of Kosovo football 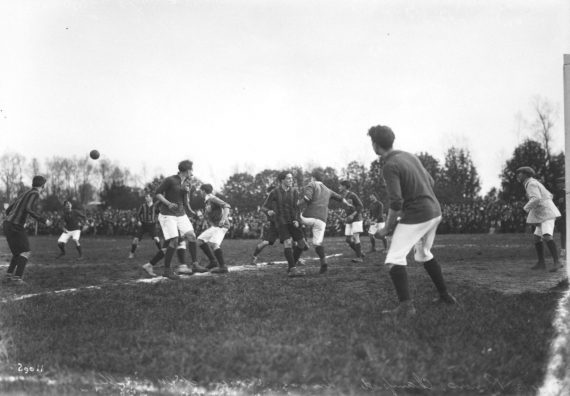 A Grenoble student brought the first ball in Kosovo in 1919, but it is said that Austro-Hungarians played football at that time in 1914. Football in Kosovo was played very early, but the first clubs were formed in 1922 in Gjakova and FC Prishtina in Prishtina and then other clubs. The races were not regular due to the unstable situation that reigned at the time. 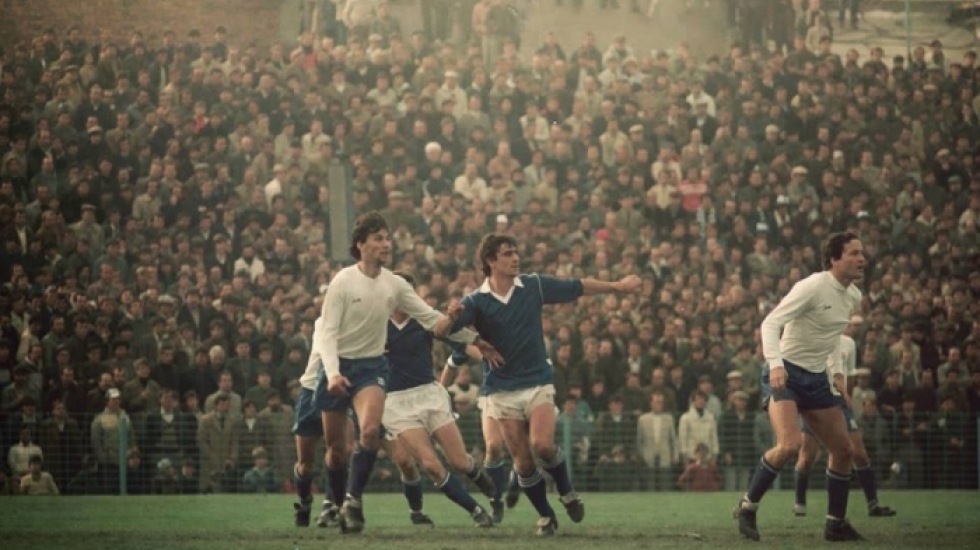 This period begins after the Second World War from 1945 to 1991. At this time, football in Yugoslavia advances rapidly, and with it Kosovo football when the Football Federation of Kosovo was formed in 1948, as a branch of the Football Federation of Yugoslavia. In the first Yugoslav League, FC “Prishtina” was the most distinguished club, and FC “Trepca” from Mitrovica was member of this league for 1 year. The second national league consisted of 3-4 Kosovar clubs. In these two Federal leagues Slovenia, Croatia, Bosnia and Herzegovina, Serbia, Montenegro, Vojvodina, Kosovo and Macedonia competed, all in a single league.

Kosovo had its first league, where the championship team went straight to the second Yugoslav League, then had its second and third leagues.

Kosovo at this time had numerous representatives, federal referees and high-level sport workers.

Champions of Kosovo Leage at this period were:

Addendum: Due to the political situation in Kosovo, namely due to the popular demonstrations of Albanians in 1981 and 1989, the Kosovo League championships of 1980-81 and 1988-89, were discontinued with the decisions of the then authorities since the beginning of the spring season, and by decree, the champions were declared the champions in those moments that were in the first places of the ranking (Liria, respectively Buduqnosti).

Note: It should be noted that during this period, the most successful teams of Kosovo were included in the highest categories of the then state (Yugoslavia), therefore the Kosovo League was of poorer quality. 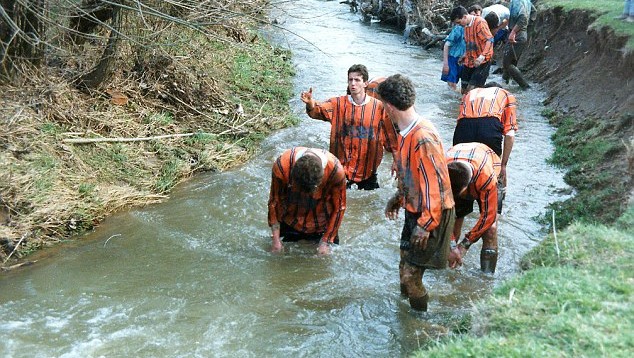 At the time of the breakup of Yugoslavia, exactly in 1991, Kosovar football was at its zenith and consistently had 4-5 clubs in both federal leagues. However, the worsening political situation was also reflected in sports. It was almost impossible to play football, especially in Kosovo. This resulted that in August 1991, the best club in Kosovo, Prishtina, with a bright tradition in the first Yugoslav League to abandon the Yugoslav Professional League because there was no guarantee of safety for either the players or other officials neither to Kosovar sympathizers.

Reaction of Milosevic’s regime was unprecedented in the history of the sport. He overthrew all the clubs of all sports and definitely removed all Kosovo athletes from their fields, as he did with the workers he left on the streets. All levels of football leagues in Kosovo disappeared within a day by the criminal hands of the Serbian government.

In 1991, following this unprecedented act of the Serbian-Yugoslav state, Kosovar footballers clearly demonstrated that they could not live without football and, in absurd conditions for the 20th century; they established the FOOTBALL FEDERATION OF KOSOVO, independent From Yugoslavia, all its organs: the president, the board of 12 members from the 7 regional centers, committees, associations etc.

The first match took place at the Flamurtari Stadium in Prishtina on 13 September 1991, which marked the start of Kosovo’s first independent championship. Kosovo’s First League numbered 20 teams, while other leagues depending on the Regions, but matches were played only in improvised pitches, in very difficult conditions.

Throughout Kosovo’s football stadiums now played 8% of its total population, i.e. only Serbs. Tortures, imprisonments, beatings were present every week, but football in Kosovo survived and was played until January 1998, when the Serbian war campaign against the civilian population of Kosovo began. Even during this period, (1991-1998) football was played in Kosovo according to UEFA and FIFA rules, and any changes to their rules were immediately applied to our competition system.

The champions of Kosovo in the third period were:

1997-98 The championship, due to the war, is interrupted after the end of the autumn season 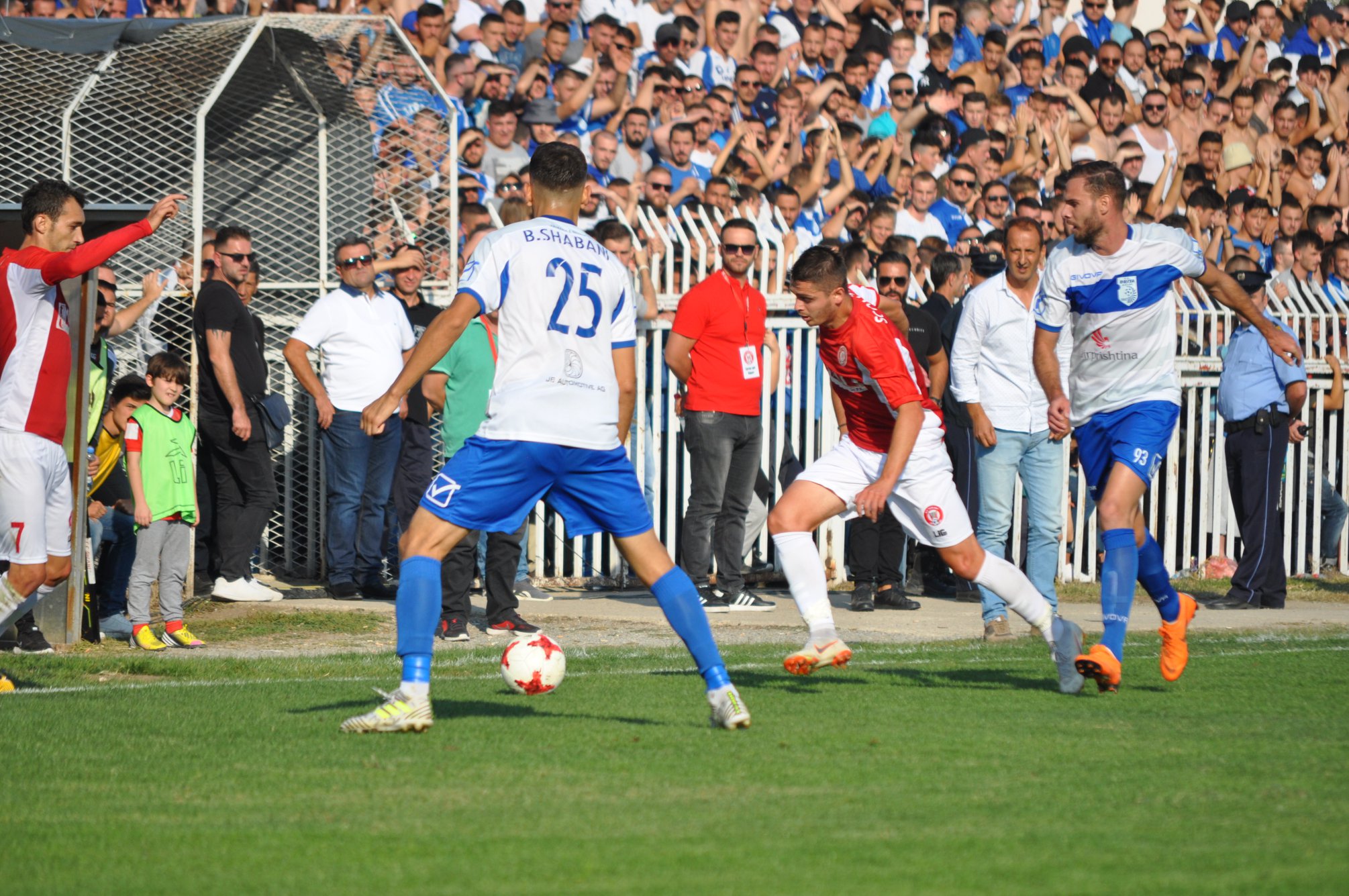 The fourth phase of Football in Kosovo began shortly after the end of the Kosovo war in 1999, when the FOOTBALL FEDERATION OF KOSOVO was reorganized. The Assembly is constituted, the Statute is adopted, the participating clubs are confirmed, committees, associations, etc. are established.

The First League numbered 18 teams, the Second League – two teams with 14 teams each. Since 1991, UEFA and FIFA rules have been played continuously in Kosovo’s football whereas the interest in football was high, despite the fact that FFK continued to be outside international bodies. Despite persistent insistence on joining UEFA and FIFA, this was impossible due to political circumstances. The infrastructure conditions from 1999 until Kosovo’s accession to UEFA and FIFA were difficult and football survived only thanks to volunteer sponsors who provided their own means for years.

Kosovo champions after the liberation 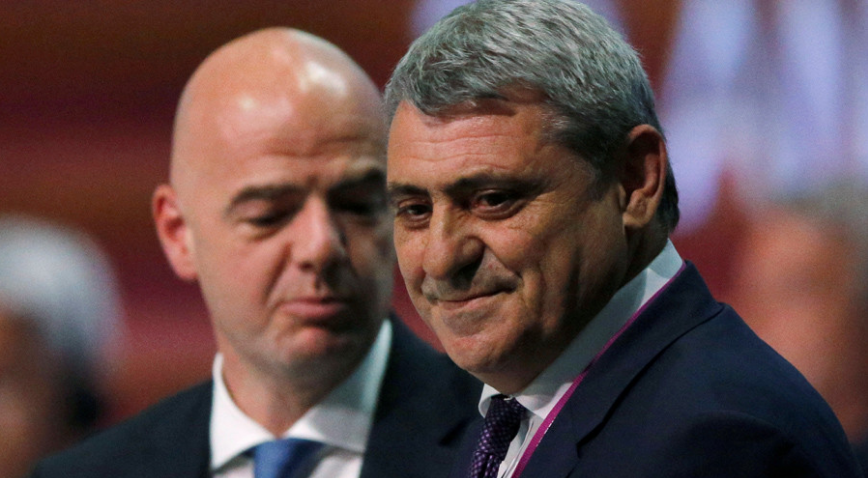 After many vicissitudes, multi-generational sacrifices, finally, the Football Federation of Kosovo, under the leadership of Fadil Vokrri, after many meetings and lobbies, managed to break all the barriers and in May 2016, initially it becomes a member of UEFA, and then FIFA, thus becoming part of a large family of European and world football. This period is considered even more important for the further development of Kosovar football, since now besides Kosovo taking part in European and World Cup qualifications with its national team, the clubs are competing in European competitions. Furthermore, the A National Team in the new UEFA competition format, the League of Nations, which started in 2018, managed to triumph in League D, being promoted to League C for the next edition, and securing participation in “play-off” for Euro 2020, which undoubtedly represents the greatest success of our national team. National teams of other age groups, as well as those in the women’s competition and futsal, are also performing successfully.