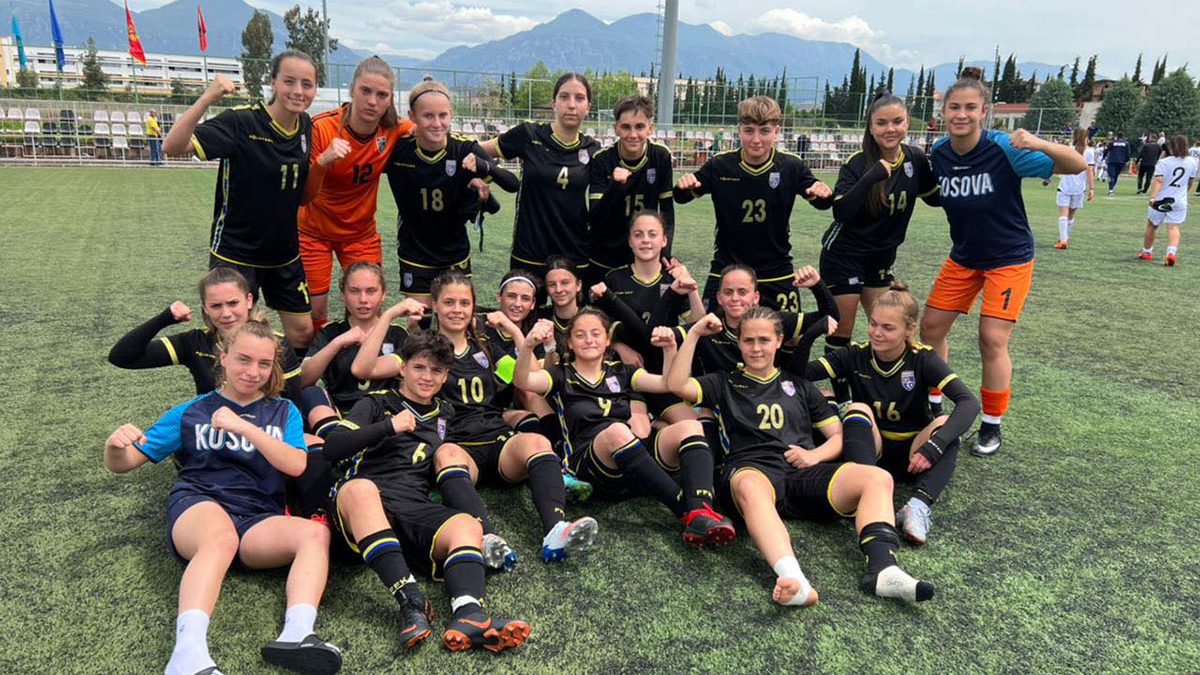 5 May 2022 – The Kosovo women’s U16 National Team marked the second win within the UEFA development tournament that is being held in Albania. After they defeated Kazakhstan, the Dardanian girls defeated Albania in the match played in Kamza after penalties with 6: 5, as the game in the regular time ended in a 2: 2 draw.

Dardanians scored in the ninth minute through Bardha Mahmuti but then Albania managed to reverse the score with goals scored by Klesta Ago in the 15th minute and Xhejsana Disha in the 27th minute.

Kosovo equalized the figures in the 59th minute with the goal scored by Alba Shabani while in the penalty they were better (6: 5).

With this win, Kosovo is ranked first with 5 points (as the victory with a penalty is calculated with two points) while the next win is aimed by the girls led by the selector Kushtrim Munishi in the last match of the tournament against Montenegro, which will be played on Sunday at 13:00hrs.