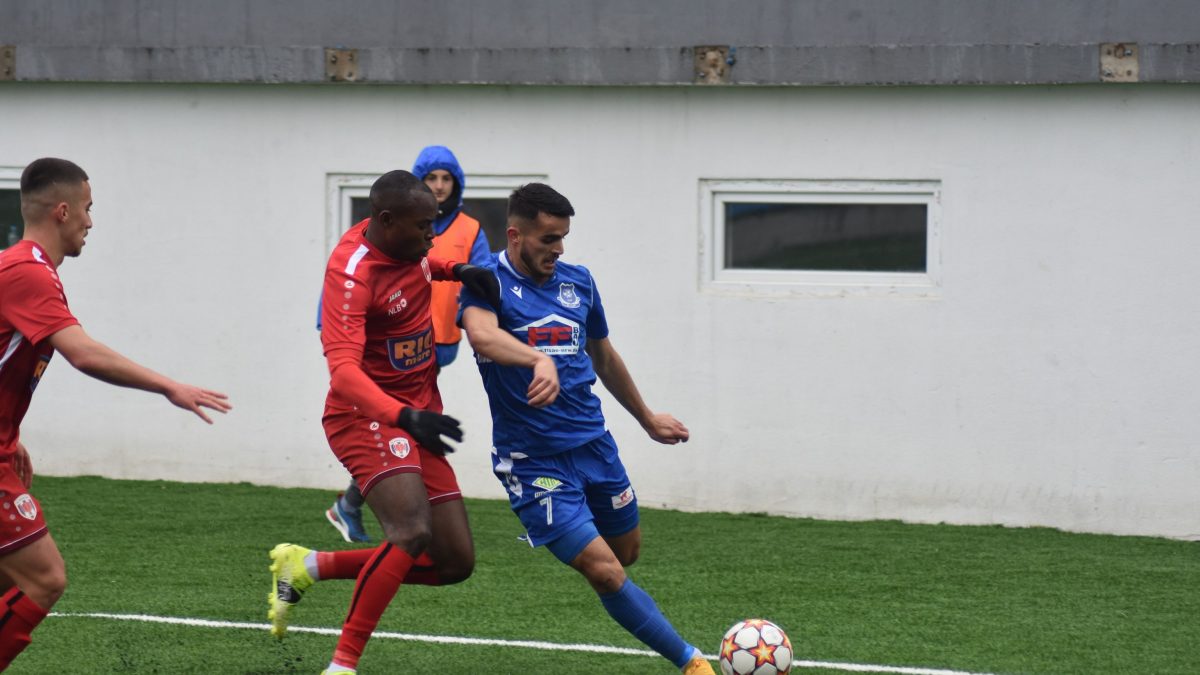 11 December 2021 – Three matches within the 18th week in the BKT Kosovo Super League in football were played today. Llapi defeated Prishtina with 3:2 in the match played at Sami Kelmendi stadium in Lipjan. Llapjans collected the three important points after a very interesting and dramatic game until the end. Llapi took the lead after Benet Ismaili’s own goal in the 24th minute while the other two goals for the home team were scored by Francisco Rivera in the 27th minute and Kushtrim Shabani in the 97th minute. Meanwhile, goals for Prishtina were scored by Arlind Shabani the 43rd minute and Sabien Lilaj in the 61st minute. With this win, Llapi goes to the winter break with 29 points in fourth place, while Prishtina remains in fifth place with 24 points.

Drita also won as a home team in duel with Ulpiana with 3: 1. However, the team from Gjilan won with a lot of difficulties in the heavy field due to rain. The home team took the lead in the 39th minute with Arbnor Muja’s goal but after seven minutes of play in the second half, the guests restored the balance in the score with the goal of Egzon Qerimi. However, the great commitment and persistence of the home team for win was successful in the extra minutes of the match when first Astrit Fazliu scored in the 92nd minute and then Marko Simonovski decided the final result in the 100th minute. Drita now has 34 points while Ulpiana remains in eighth position with 18 points.

Meanwhile, Drenica won as visitors in Drenas, in a duel with Feronikeli with 2: 0 with the goals scored by Kreshnik Uka in the 21st minute and Fatlum Gashi in the 51st minute.