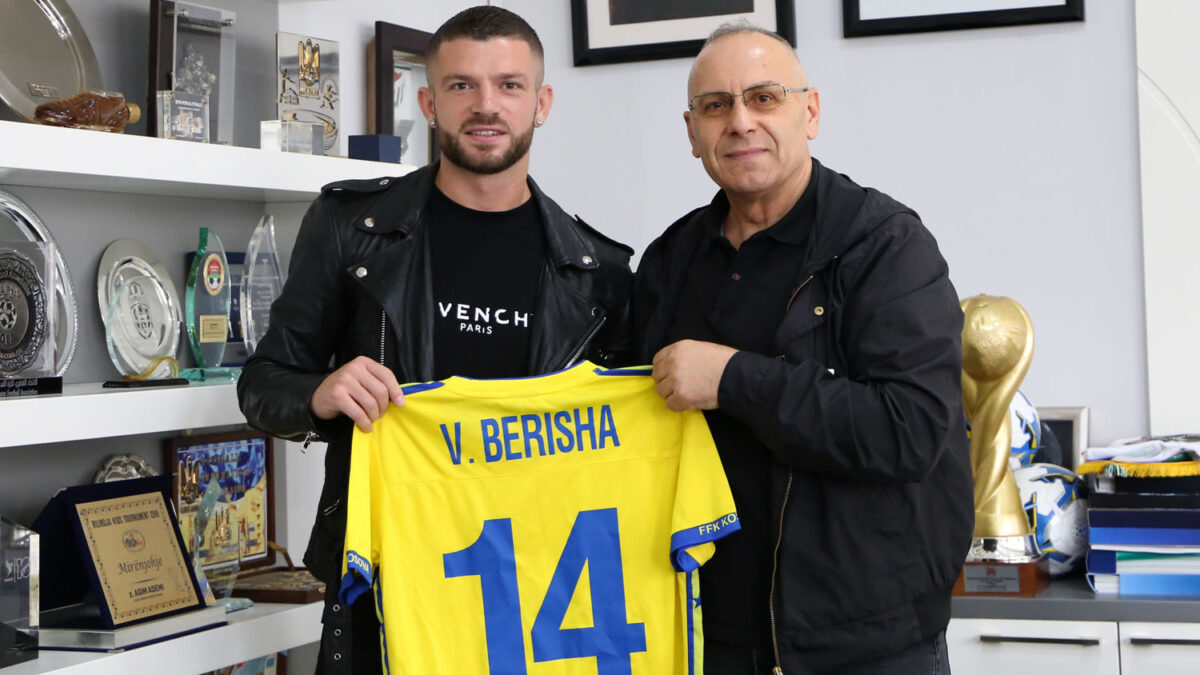 7 July 2020 – President Agim Ademi received today the National Team’s player, Valon Berisha, who is currently staying in his hometown for vacation. In addition to President Ademi, the meeting was also attended by the EC Member, Xhelal Broja, Secretary General, Eroll Salihu and the leaders of the “Dardanët” fan group. President Ademi welcomed Valon to his hometown, wishing him a good holiday, close to his family in this difficult period in which not only our country but the whole globe is going through, as a result of the pandemic “Covid-19”. President Ademi once again thanked Valon who was the first player to choose Kosovo, leaving a great national team, as he entered in history as the first player to score a goal for Kosovo in qualifiers. Ademi stressed that Valon Berisha became an example to be followed by other players. On the other hand, Valon expressed to be honored to be in Kosovo again, as he thanked President Ademi and all the FFK staff for the very good conditions they have created for the National Team, as well as for the great support they enjoy from all the people, with the hope and optimism that one day all this will be paid for with qualification in European or World cups.