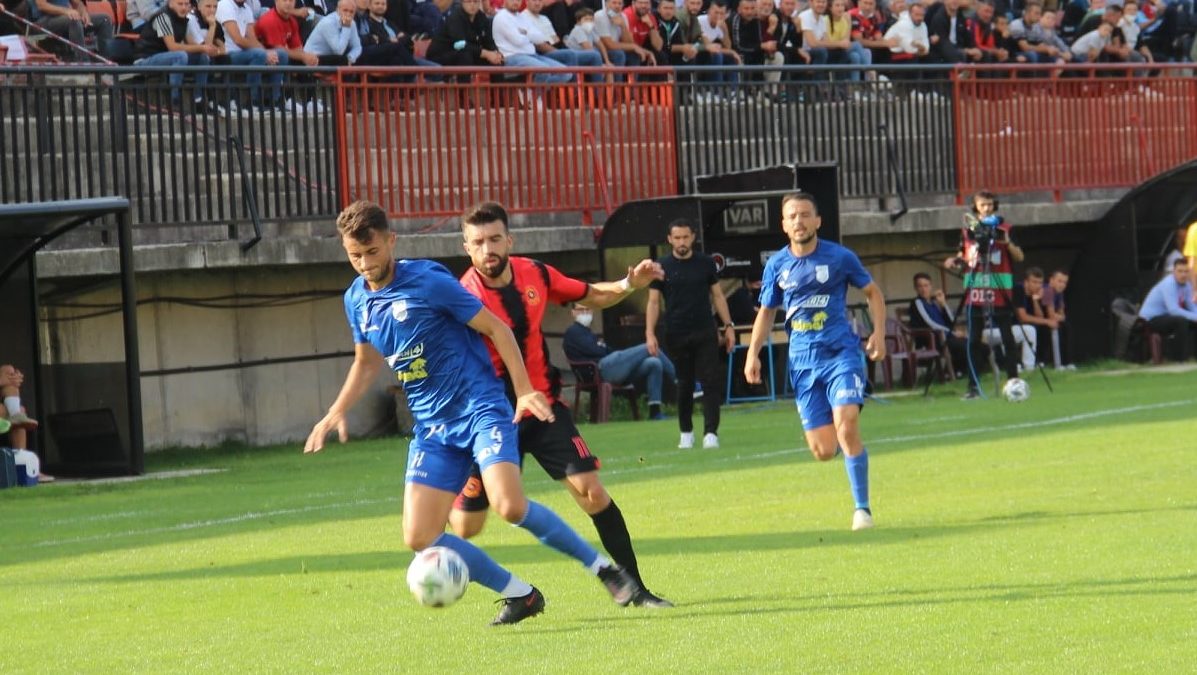 19 September 2021 – Three matches within Week 5 of BKT Super League of Kosovo in football were played today. Drita won as guests at Bajram Aliu stadium in Skenderaj with 2:0, causing its first loss to Drenica which, one week before, was the leader in the ranking. Almir Ajzeraj and Hamdi Namani took care for Drita’s third win this edition. Thus, the team led by Ardian Nuhiu is positioned in the second place with 11 points, same as Ballkan has in the first place.

Meanwhile, first wins in this editions were achieved by Prishtina and Ulpiana. The reigning team enjoyed the win in Klina against Dukagjini with an overthrow of the score. The hosts took the lead first with Ardian Dallku’s goal in the 35th minute. However, Prishtinians returned in the second half with Mendurim Hoti’s goal in the 60th minute and Besnik Krasniqi’s in the 80th minute (penalty).

On the other hand, the surprise of this week was prepared by Ulpiana that defeated Gjilan with 3:2 in a very interesting match. Gjilan took the lead with Besar Musolli’s goal in the 48th minute. Only two minutes later, Marclei Santos equalized to 1:1. The same player scored from penalty in the 69th minute. However, Gjilan did not surrender and Fiton Hajdari equalized in the last minutes of the regular time to 2:2. In the additional time when Gjilan were trying to overthrow the score, the guests managed to score the winning goal through Trimnor Selimi in the 9th minute of the extra time after a quick counterattack.

Two other matches were played yesterday when Ballkan won at home in duel with Llapi with 2:0 whereas Malisheva managed to defeat Feronikeli at home with 1:0.