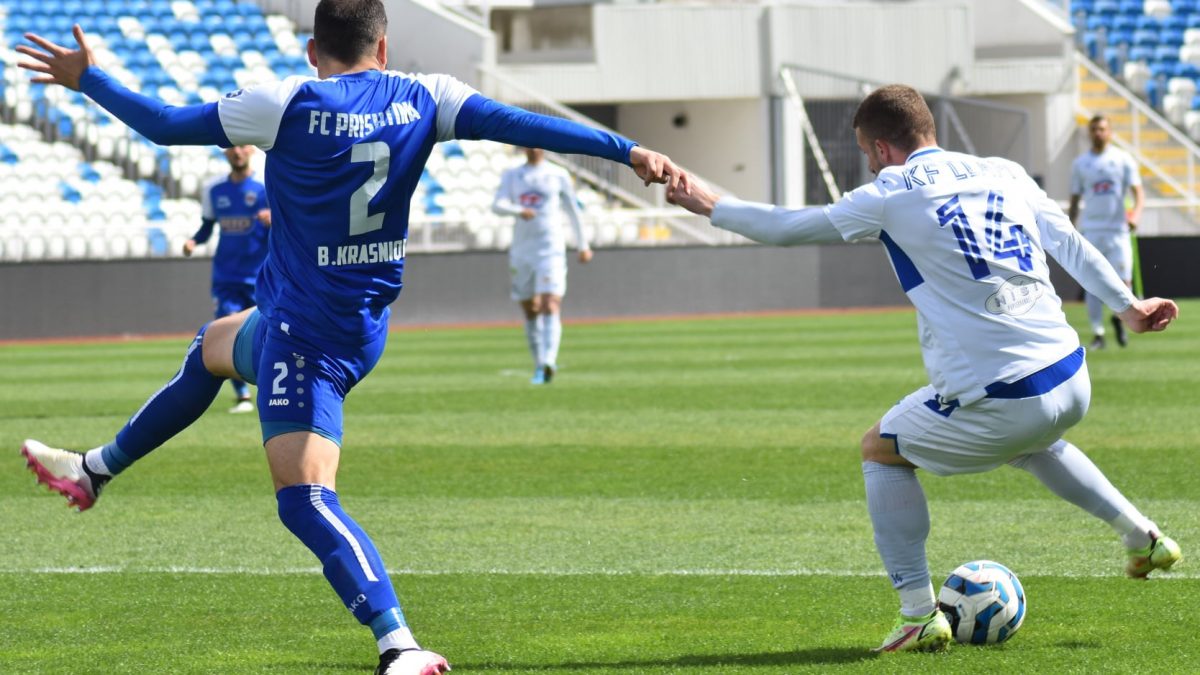 2 April 2022 – The two matches of the 27th Week in the BKT Super League were played today. Prishtina defeated Llapi at Fadil Vokrri stadium with 2: 1, in a match that was dramatic in the end. All three goals of this match were scored in the second half. Prishtina took the lead with Besnik Krasniqi’s goal from the penalty in the 47th minute. Endrit Krasniqi added the lead after an excellent action from Sadam Sulley in the 65th minute. However, Llapjans recovered in the last minutes when Drilon Fazliu scored after assisting by Kastriot Selmani in the 78th minute. In the extra minutes, Llapjans were very close to equalizing the numbers. However, Valmir Veliu’s shot hit the crossbar of the Prishtina goal.

In the other match, Drita defeated Ulpiana at Sami Kelmendi stadium in Lipjan with 3: 2 with two goals scored by Marko Simonovski (25 ‘and 59’) and one by Muharrem Jashari (5 ‘). Ermir Rezi (20 ‘) and Akil Makolli (43’) scored for Ulpiana.

FFK establishes partnership relations with the Football Federation of Kuwait