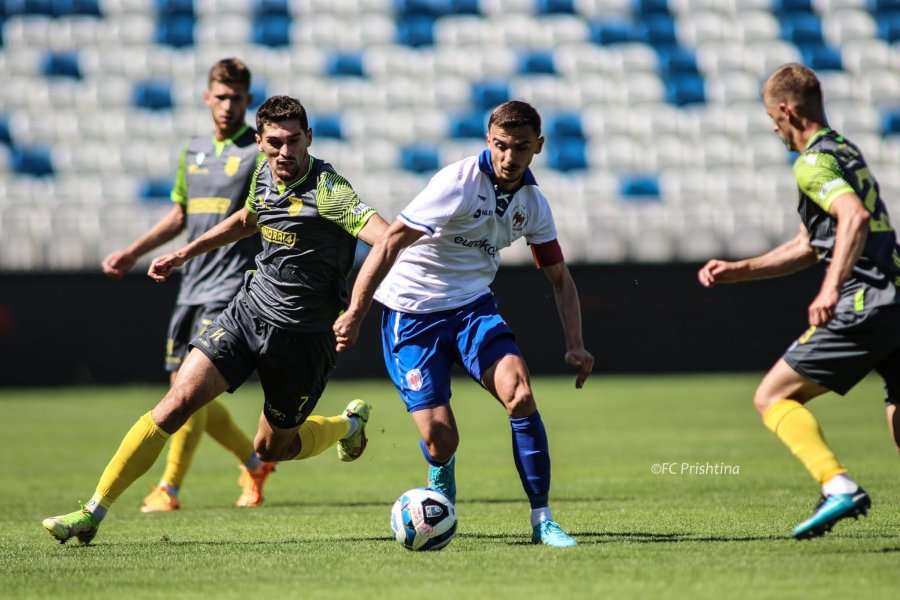 Prishtina loses and risks remaining in a draw, Malisheva, Drenica and Dukagjini win

15 May 2022 – Drita won the derby of the 35th week in the BKT Super League of Kosovo in football as it defeated Prishtina at Fadil Vokrri stadium, with 1: 0. The only goal of the match was scored by Marko Simonovski at the end of the match. After this win, Drita remains third with 61 points, while this defeat keeps Prishtina under the fever of draw as it is ranked sixth with 48 points, only one point more than Drenica and Malisheva. In the last week, Prishtina will be visiting Llap.

Malisheva achieved a very valuable win as visitors in the duel with Gjilan, with 4: 3. This triumph keeps this team hoping to escape the draw as it plays its last match in front of its supporters against Dukagjini. Ronald Sobowale and Albin Berisha scored two goals each for the team led by Arsim Thaçi, while Gerhard Progni scored two goals and Blerim Krasniqi scored one for Gjilan.

Important win in the race to avoid the draw was achieved by Drenica that defeated Ballkan at Bajram Aliu stadium with 3: 1. The visitors scored first through Lumbardh Dellova but then the red-and-blacks reversed the result with the goals of Armend Abazi, Genc Hamiti and Kreshnik Uka.

Vushtrri continues the dream of returning to elite, wins the first draw