U19 National Team closes qualifiers with draw against Turkey

8 October 2019 – The Kosovo’s U19 National Team in the women’s competition closed the first round within Group 12 of Euro 2020 qualifiers with 2:2 against Turkey that was played in the Turkish city of Manavgat. The young Dardans played very well in the third match of Group 12 but a goal suffered in the additional time, denied the victory and as a consequence the third place in the group as the Turks in the end resulted to have a better goal difference. Turkey took the lead first in the third minute with the goal scored by Sehriban Dulek. Kosovo managed to overthrow the score with the goals scored by Albulena Fejza in the 36th minute and Anjeza Rexhepi in the 67th minute. However, at the time when everyone expected the end of the match and joy of Dardans, a little carelessness was used by Cansu Gurel to equalize the numbers of this match. Thus Kosovo U19 closed these qualifiers with two defeats and one draw as they were defeated in the first match by Denmark (8:0)  and the second match by Hungary (6:1). 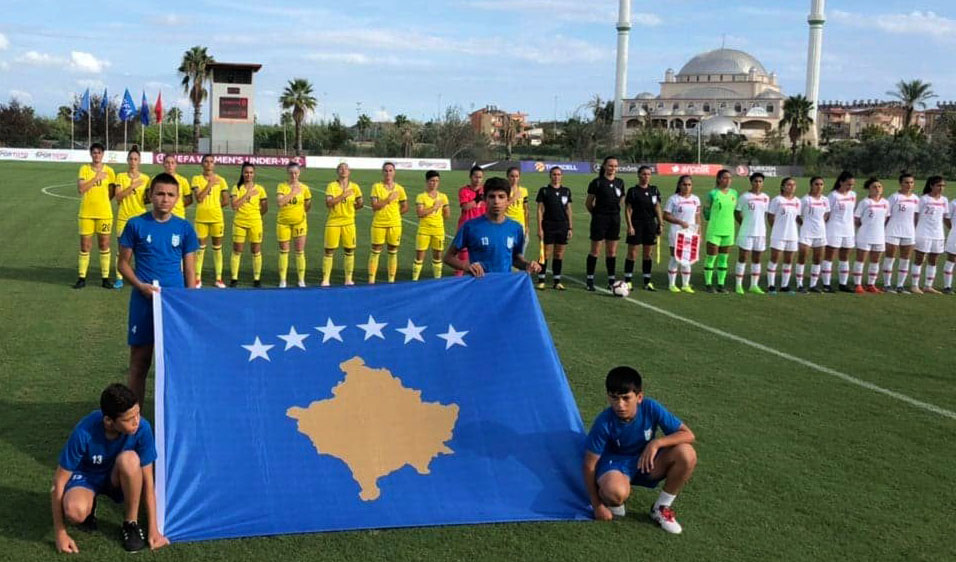 U17 National Team travels to the Netherlands