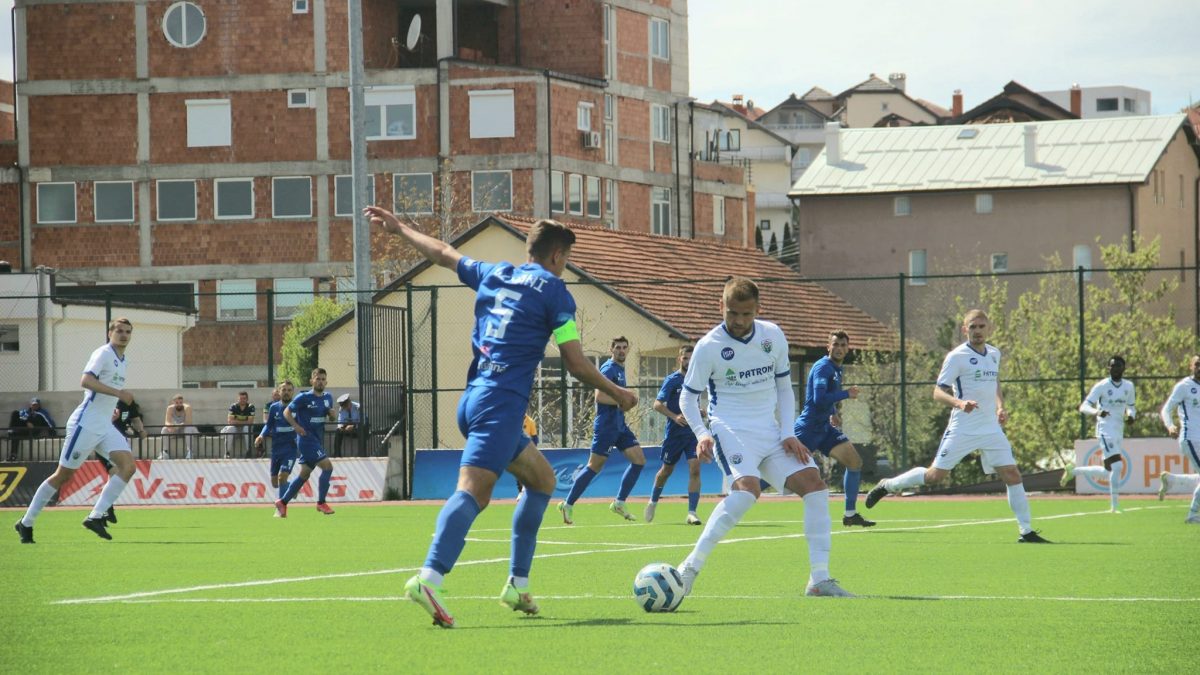 23 April 2022 – The leading team of the ranking, Ballkan did not manage to get more than one point as visitors of the penultimate team in the ranking, Ulpiana. The match played at Sami Kelmendi stadium in Lipjan, within the 30th week in the BKT Super League of Kosovo was closed 1: 1. The hosts took the lead with Egzon Qerimi’s goal in the 20th minute from the free kick, thanks to a diversion of the ball from the defense of the orange team. Ballkan had the chance to equalize the numbers in the first minute of extra time in the first half but Ermal Krasniqi’s shot from the penalty was blocked by goalkeeper Drilon Ajeti. However, only two minutes later, the leading team equalized the numbers with Meriton Korenica’s goal.

Meanwhile, in the other two matches played today, Drita and Llapi were happy with their wins. In front of its fans Drita defeated Malisheva with 3: 1. The visitors took the lead in the 48th minute with Hasan Hyseni’s goal while Ardian Nuhiu’s team managed to reverse the result with Almir Ajzeraj’s (61 ‘), Hamdi Namani’s (76’) and Ardit Tahiri’s goals (90 ‘+ ).