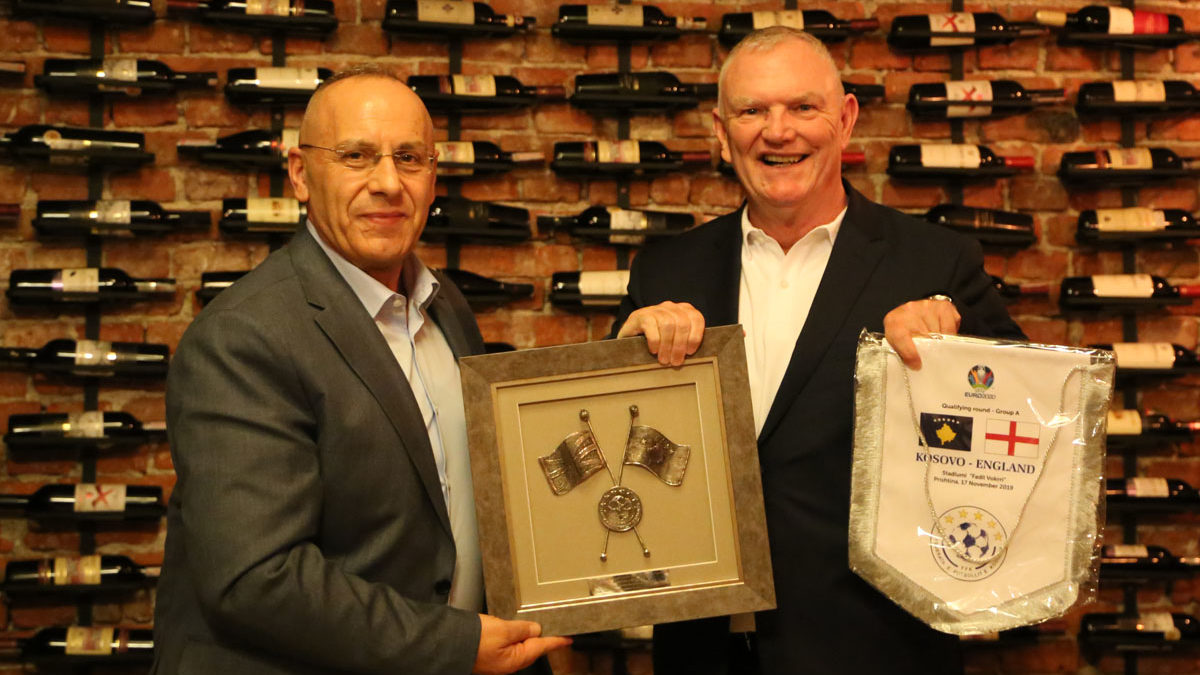 President Ademi hosts a dinner for the English delegation

16 November 2019 – On the eve of the match Kosovo – England, the President of the Football Federation of Kosovo, Agim Ademi, traditionally, hosted a dinner for the delegation of the Football Federation of England headed by President Greg Clarke, where present were also UEFA delegates and as a special guest the Head of the UEFA National Federations Division, Thierry Favre. During this very friendly dinner, President Ademi welcomed the leaders of the English Federation to Kosovo and emphasized the importance of this match for FFK and the state of Kosovo, given that England is a superpower of world football.

On the other hand, President Clarke was amazed at the tremendous hospitality that the people of Kosovo have shown to the English National Team but also to the English citizens who have come to watch this match at “Fadil Vokrri” Stadium, as well as many others who will be unable to attend the match in the stadium as they will be able to watch it at the capital’s main square along with many Prishtina citizens.

President Clarke regretted that Kosovo failed to qualify at this point, but wished to achieve this through the second opportunity – the Nations League. At the end of the dinner both delegations exchanged gifts and wished that tomorrow’s match would be a true football spectacle. Then both delegations took a stroll through the capital’s streets and squares. During this walk, the English delegation was amazed at the fact that the streets and squares of the city were adorned with the flags of Kosovo and England, turning the tomorrow’s match into a real feast. 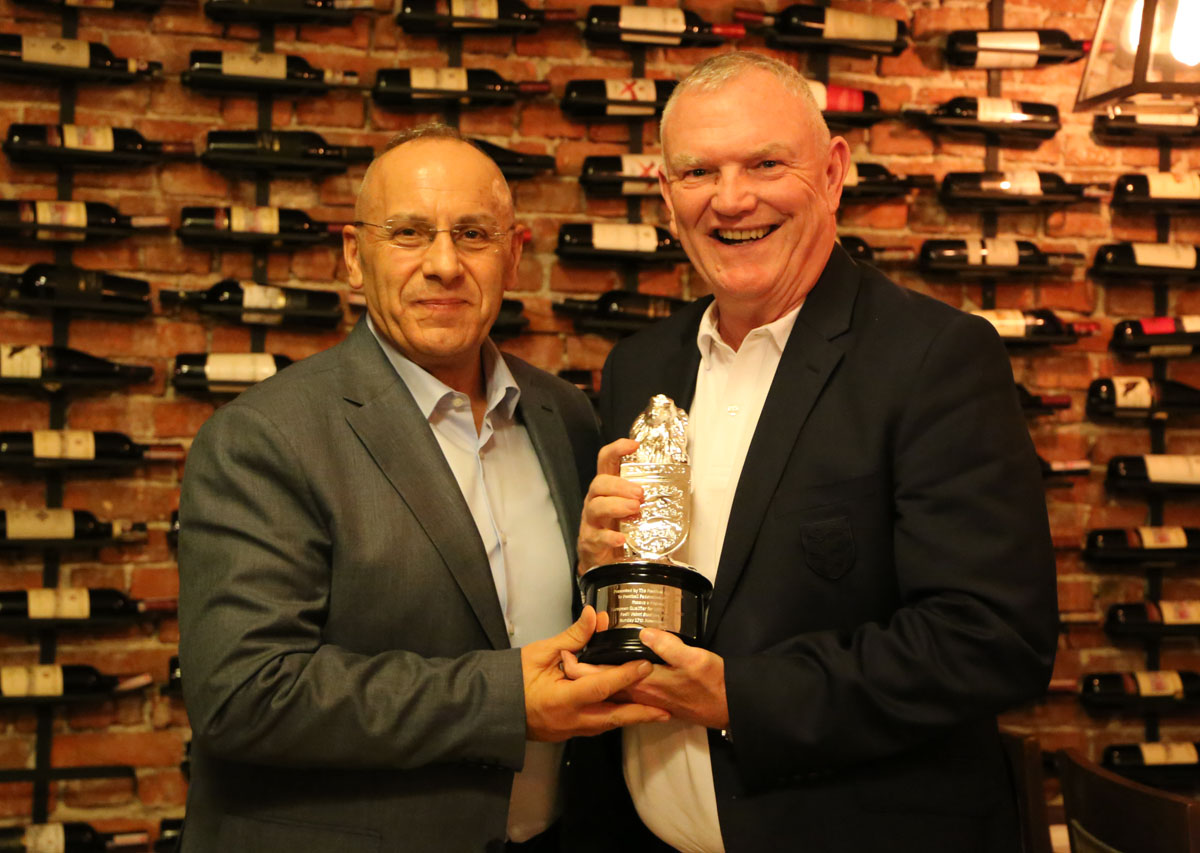 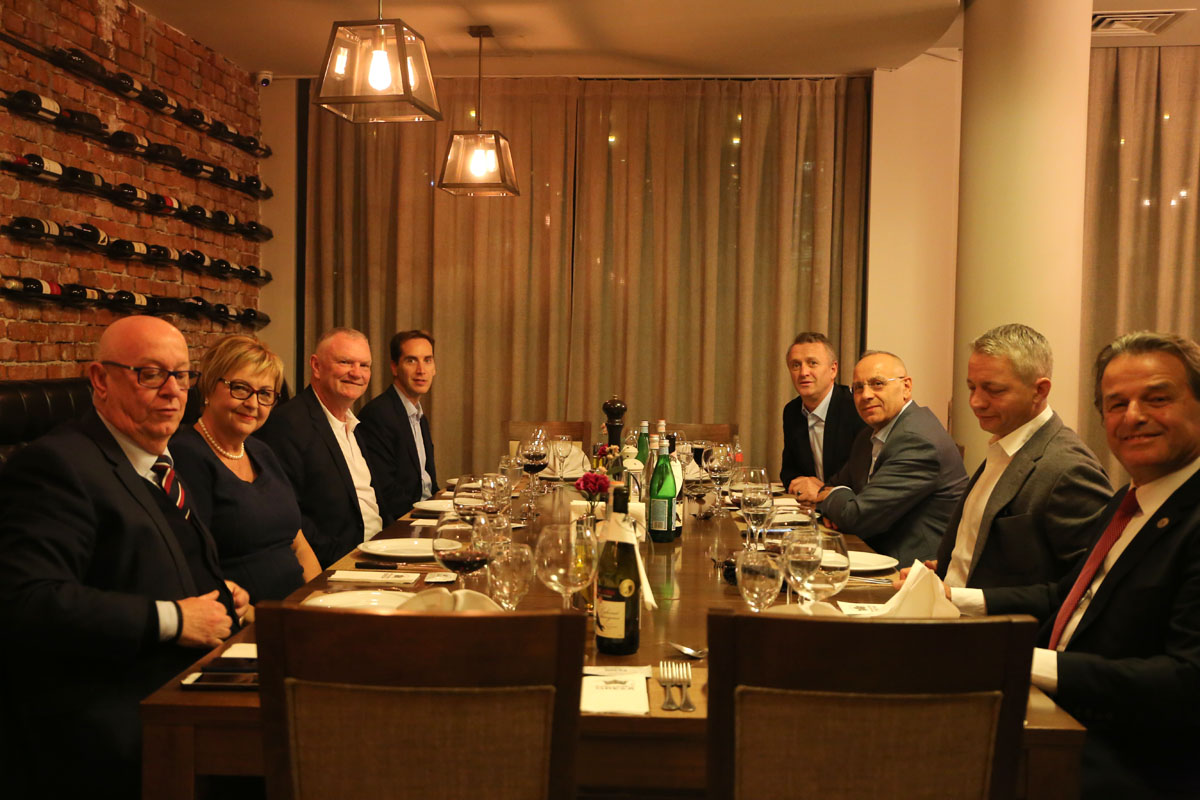 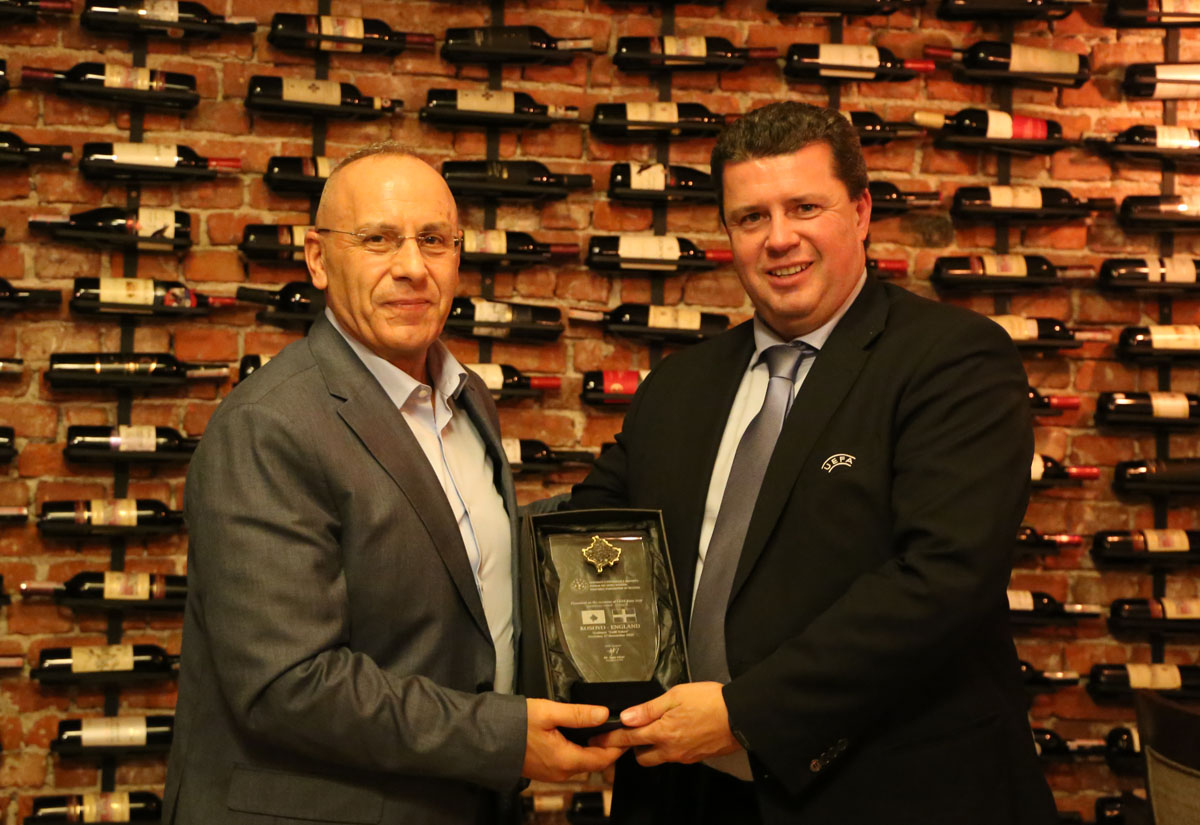 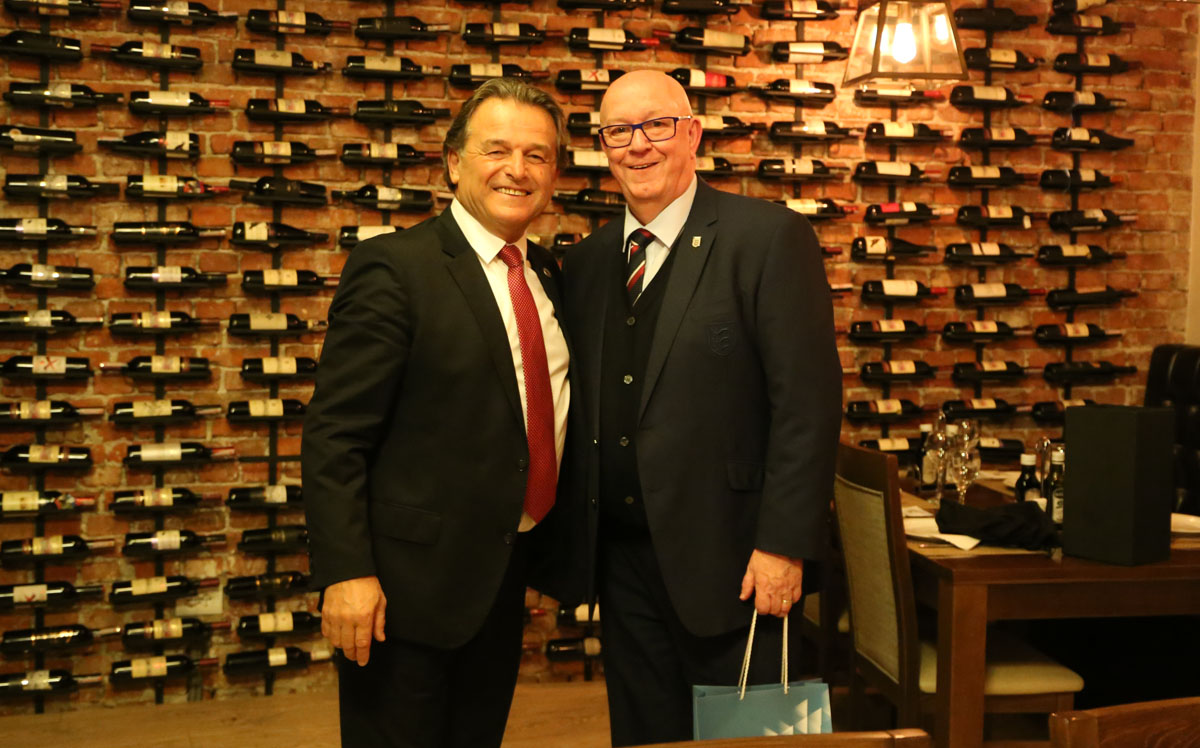 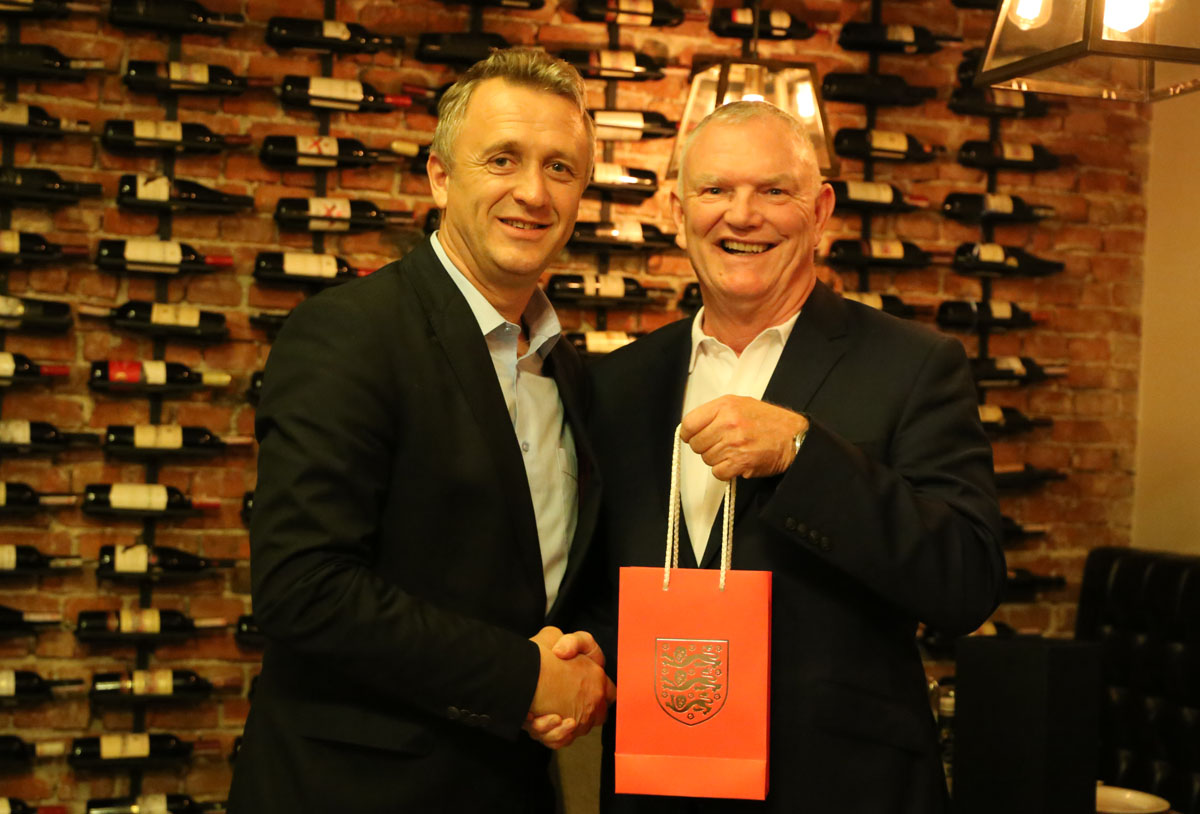 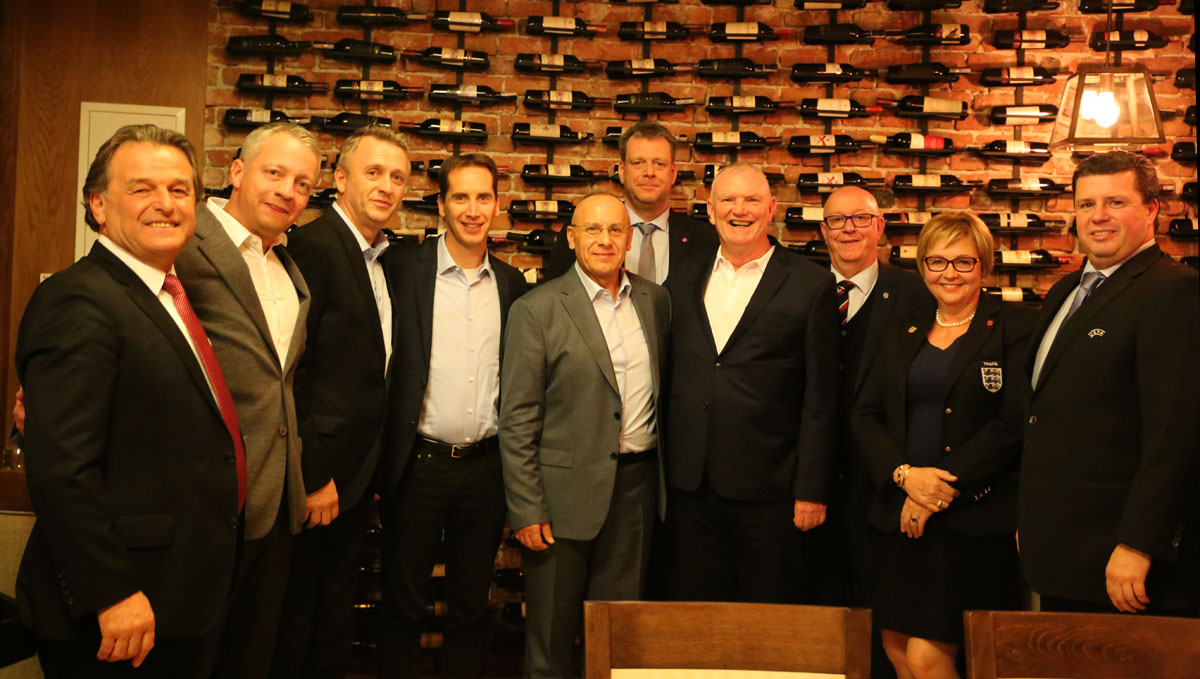 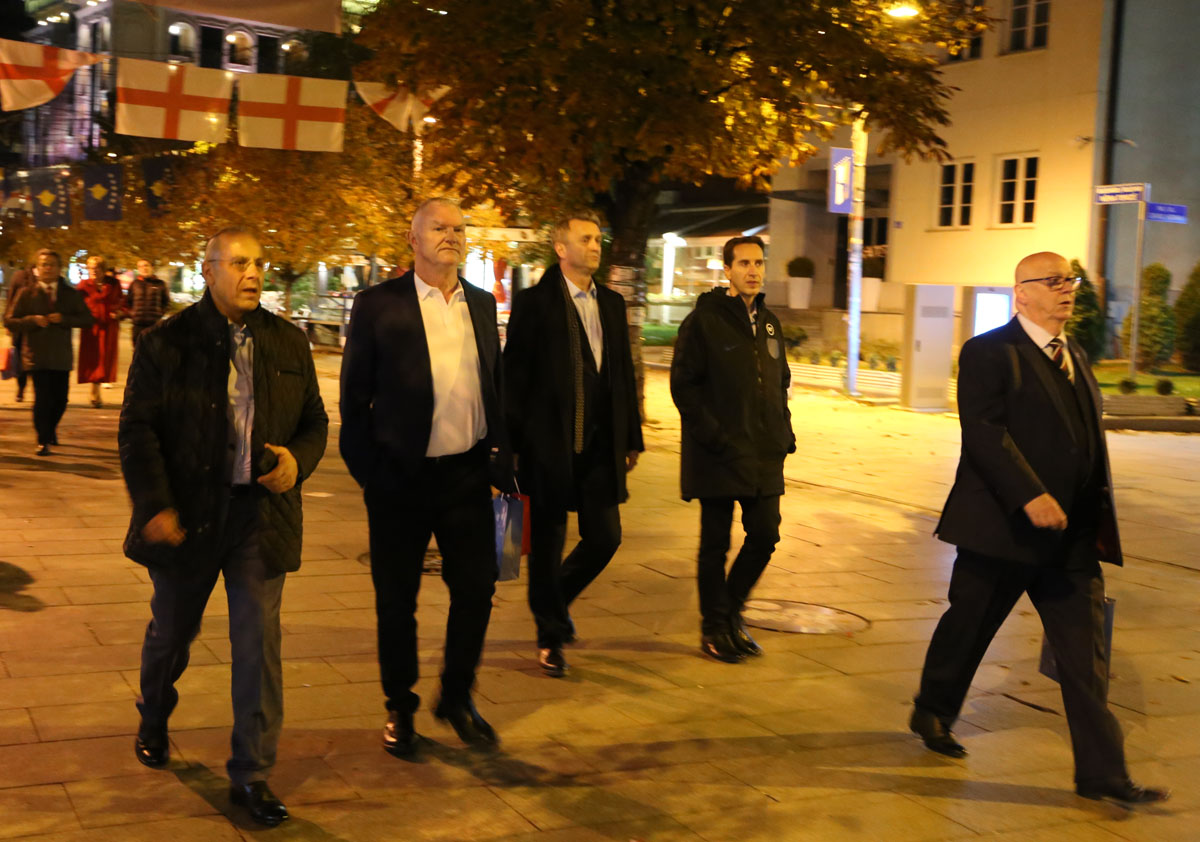 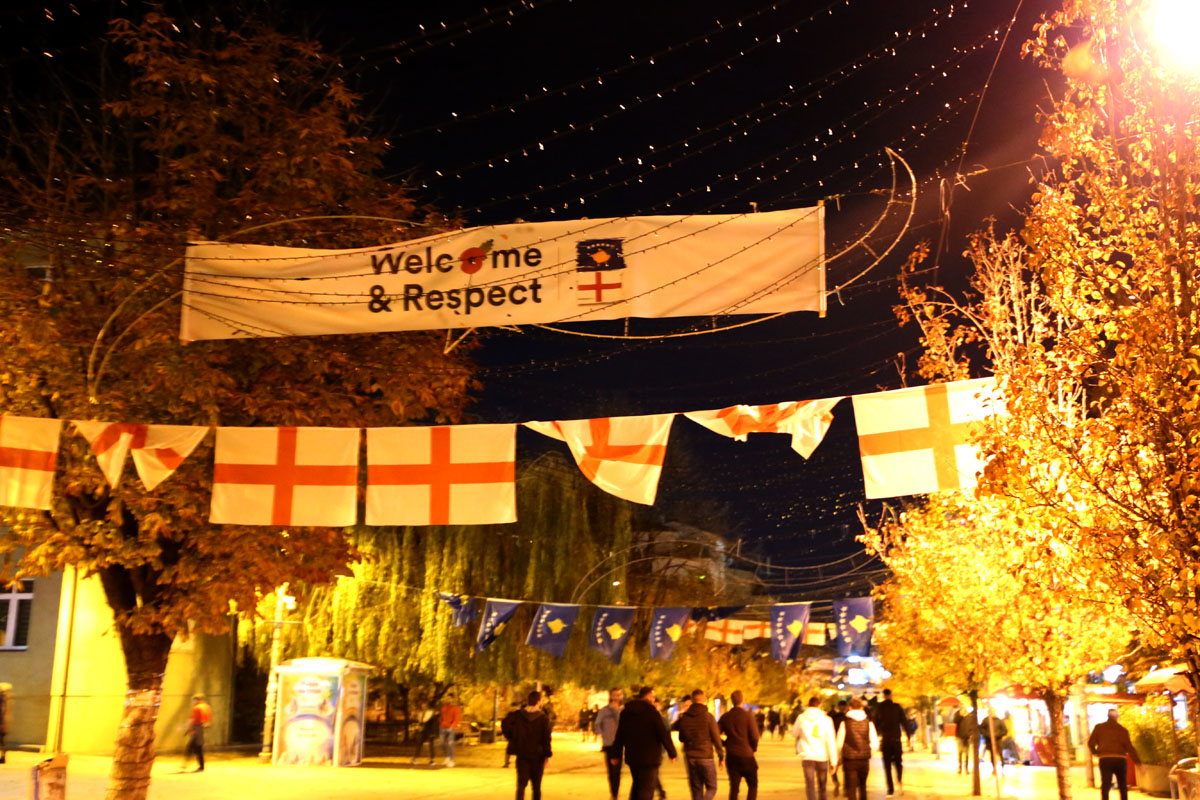